On June 26, 2014, the California Supreme Court decided that an employee may proceed with a discrimination lawsuit even though he presented false work authorization documents to obtain employment in the first place.

The case involved an employer’s reliance on the defenses of “after-acquired evidence” and “unclean hands.” That’s when, during litigation, an employer discovers for the first time, misconduct that would have justified termination had the employer learned of it earlier.

The main issue in the case was how these defenses would square with California discrimination law, which states that, “All protections, rights and remedies available under state law, except any reinstatement remedy prohibited by federal law, are available to all individuals regardless of immigration status who have applied for employment, or who are or who have been employed, in this state.”

While the California Supreme Court ultimately concluded that the lawsuit could continue, the Court found that the amount of wages the employee could recover would be limited. Salas v. Sierra Chemical Co.

Not Who He Claimed To Be

Vincent Salas worked for Sierra Chemical, a manufacturer and distributor of water-treatment chemicals. When he applied for the job, he provided a false Social Security Number and a false resident alien card to support his form I-9. Salas was laid off and rehired on several subsequent occasions because of seasonal reductions in force, and each time he provided the same false documents. Toward the end of his employment, he was injured and filed a Workers’ Compensation claim after which he was laid off again and not reinstated. Salas subsequently sued Sierra for allegedly failing to accommodate his disability and for retaliating against him because he had filed a Workers’ Compensation claim.

Shortly before trial, the employer discovered that Salas was not authorized to work in this country and had submitted false documents. (This is the “after-acquired evidence” argument). The company then asked the court to dismiss the lawsuit based on the employee’s fraudulent use of someone else’s Social Security Number and identification card to obtain employment. (In other words, Salas had “unclean hands.”)

The company showed that it had a long-standing policy against hiring unauthorized workers. Ultimately, the California Court of Appeal found in the company’s favor and dismissed the lawsuit. Salas appealed to the California Supreme Court.

The California Supreme Court initially considered whether the federal Immigration Reform and Control Act (IRCA) somehow preempted, or trumped, the application of California’s anti-discrimination law in the case where an employee had misrepresented his authorization to work. The Court reviewed principles concerning preemption and ultimately concluded that the federal law did not preempt California law.

In the Court’s view, there was no evidence that Congress had intended that the federal law would preempt state anti-discrimination laws at issue and that such laws do not regulate immigration to begin with. The Court also concluded that the defenses would not completely prevent the employee from pursuing the discrimination claim, reasoning that an important purpose of the law was to prevent discrimination.

On the other hand, the Court set parameters on the amount of money damages the employee could receive. It held that, generally, Salas would be entitled to recover lost wages that would have been earned before Sierra discovered the misrepresentations. But Salas would not be permitted to recover any lost wages for the period after the employer had discovered his misrepresentations because federal law prohibits an employer from “continuing to employ” a worker that it knows to be unauthorized. And the Court left the door open for further limiting the employee’s lost wages when the wrongdoing was “particularly egregious.”

The Salas case establishes important principles concerning the defense of after-acquired evidence. While neither that defense nor the defense of “unclean hands” will completely bar an employee from recovering damages for alleged discrimination, they can be used to limit those damages significantly. The Court suggested that there should not be bright-line rules regarding the amount of an employee’s recovery and that the outcome will depend on the misconduct at issue.

The Court noted that “particularly egregious” conduct may prevent an employee from recovering any lost wages based on the defenses of after-acquired evidence and unclean hands, but did not indicate the type of “egregious” conduct it had in mind. That will be left for another day.

——————————————————————————–
This Legal Alert provides an overview of a specific California Supreme Court decision. It is not intended to be, and should not be construed as, legal advice for any particular fact situation. 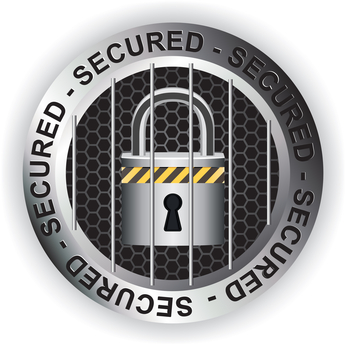